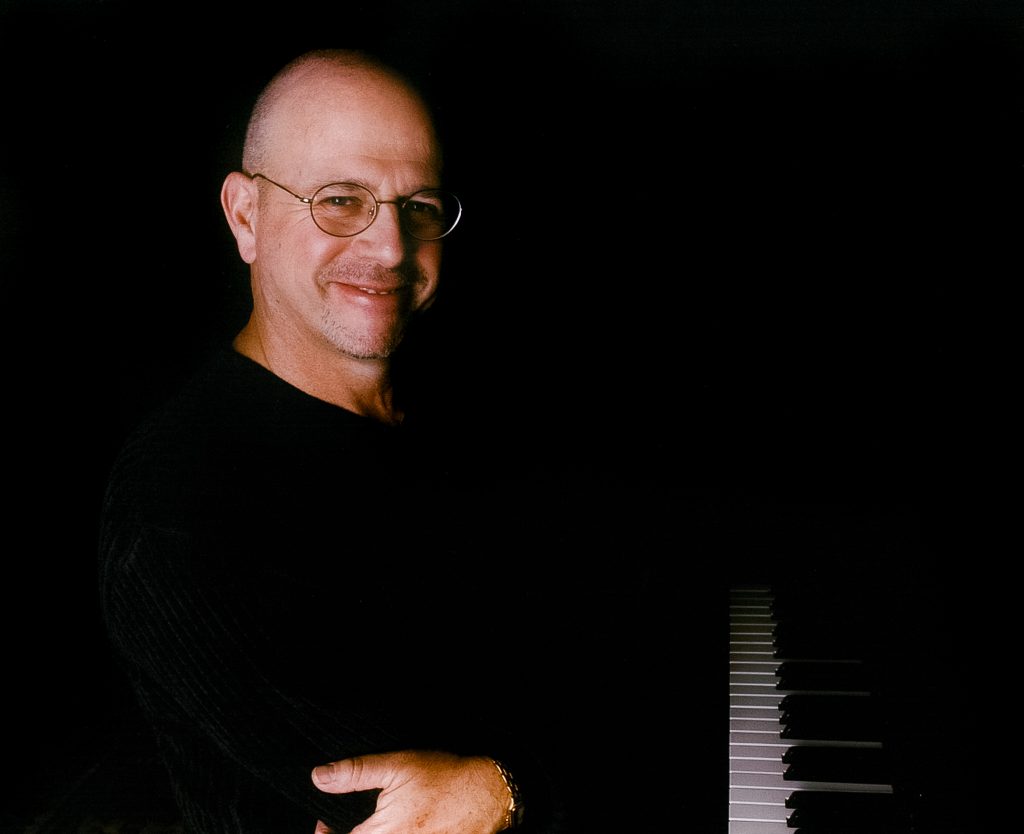 Mike Post—musician, composer, arranger and producer has long been considered the most successful composer in television history.

Born and raised in Los Angeles County's San Fernando Valley, the son of an architect, Post began his study of music with piano lessons at the age of six.  His taste was decidedly eclectic—obsessed with Dvorak, Stephen Foster, the blues and rock n'roll.  At fifteen, he was playing club dates. He bought an electric piano just like his idol Ray Charles had used on stage: a brown Wurlitzer.

Post's life revolved around music and the Valley sub-culture—much like the characters in the film, American Graffiti. Cut off from music during school hours, his salvation at Grant High School was a homemade paper keyboard that he would pull out and silently "play" in class, hiding behind dark sunglasses and an open book.  Ironically, nearly twenty-four years later, Post was summoned back to campus as one of the school's 1987 Hall of Fame inductees.  His 1962 senior classmates included Mickey Dolenz of the Monkees and Magnum PI’s Tom Selleck.

Post spent his evenings on the L.A. club circuit, often appearing with acts that had famous names but few, if any, original members.  He was the new "Paul" in Paul and Paula and a member of the Markettes after the founding members had moved on. "There was little money in it, but it sure was fun," says Post.  He graduated high school (just to make his parents happy), gigged with various rock groups and did a stint in the house band of a famed San Francisco topless club before he realized that he needed to return to school to study music. A year later, equipped with sight-reading skills and the ability to notate music, he formed a 60’s folk ensemble, The Wellingbrook Singers, and toured the U.S.

After the group disbanded, Post came off of the road and in to the recording studio. He began playing record, commercial, and movie dates: a part of what would famously be known as The Wrecking Crew. Post played for virtually everyone active in the LA recording scene during this time. Most notably he worked on all of Sonny and Cher’s early hits, starting with I Got You Babe. Post’s ambition ultimately led to a career on the other side of the glass. While working for producer Jimmy Bowen, he formed The First Edition, featuring then unknown bassist/vocalist, Kenny Rogers.  Post's debut as producer led to the group's Top Five single, I Just Dropped In (To See What Condition My Condition Was In).  Next, he served as producer/arranger for Mason Williams' The Mason Williams Phonograph Album –the LP that spawned the hit record Classical Gas and garnered Post his first Grammy, awarded for "Best Instrumental Arrangement”.

At 24, Post became Musical Director for The Andy Williams Show, becoming the youngest musician in TV history to hold such a position.  Later, he returned to television as a producer for The Mac Davis Show.  He also began designing stage shows—putting together acts for artists like Dolly Parton and Ronny Milsap.

Yet, Post's most visible forte would be composing dramatic music for television and film.  In 1968 he met veteran arranger/trombonist Pete Carpenter.  Their initial project was music for the TV show Toma—Stephen J. Cannell's first series.  It launched the most important musical collaboration and friendship of their lives.  They followed up with The Rockford Files (which became a Top 10 single and landed them each a Grammy), Baa Baa Black Sheep, Hunter and Magnum PI.  Their partnership ended late in 1987 when Carpenter died after a long illness.  In 1989 Post worked with the BMI Foundation to establish a Pete Carpenter Memorial Fund to benefit young composers.

In addition to scoring, Post has continued to work as a record producer and arranger.  He's contributed arrangements to several Ray Charles LP's, produced, arranged and co-wrote (with Stephen Geyer) the Theme from The Greatest American Hero, which became a #1 record for singer Joey Scarbury.  In 1981 Post hit the Top 10 again with his own recording of The Theme from Hill Street Blues, which featured guitarist Larry Carlton.

When asked to comment on his success, he says, "I am so fortunate. If I couldn’t make a living writing music, I’d do something else during the day and write music at night for free. I’m the luckiest person I’ve ever met. I’ve worked with, who I believe are, the greatest musicians in the world.”